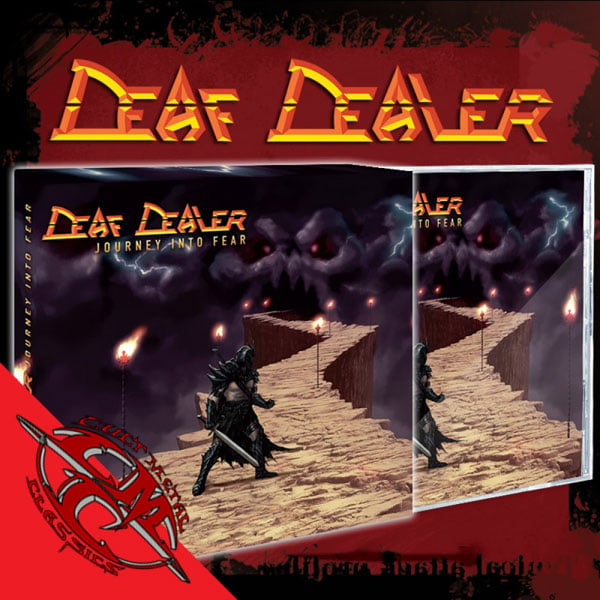 Based in Quebec, DEAF DEALER started in the early '80s as DEATH DEALER, and made an appearance on the legendary compilation "Metal Massacre IV" in 1983 with the song "Cross My Way". A short time later, the original singer Andre Larouche was replaced by Lalonde and the band changed its name to DEAF DEALER. They released a highly acclaimed debut in 1986 under the title "Keeper Of The Flame" and in 1987 they recorded eight songs that were never released, until now. Soon after the recordings were completed, the group disbanded.

TRACK LISTING:
1. Back To God's Country
2. Mind Games
3. Blood And Sand
4. Tribute To A Mad Man
5. East End Terror
6. To Hell And Back
7. Escape From The Witch Mountain
8. Journey Into Fear