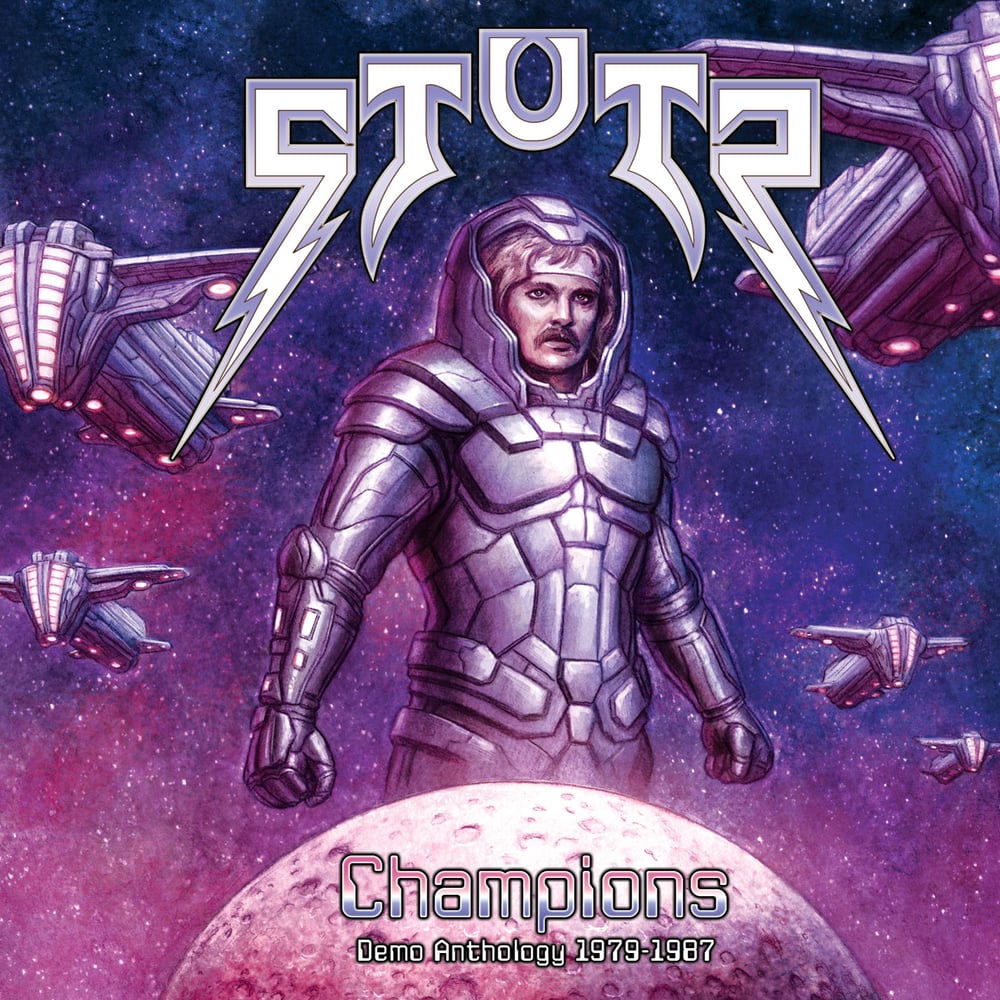 Arcane melodic hard-rocking metal from Lorain county, OHIO. The band never "made it," but nevertheless gathered small, but devoted cult following, which allowed them to be one of the very few metal bands from that era able to book spectacular theatrical shows, playing exclusively original songs.

A true blue-collar, hard-working band, they were able to release, all on their own, one 7" EP in 1981, two albums in 1983 and 1987, and tons of demos recorded in between, presented on this compilation.

This is the first time these recordings have seen the light of day in their roughly 40 years of existence (outside of a few cassette dubs). These songs represent nearly every line-up of STUTZ and showcase from the band's earliest 70's influenced hard rock to the honed theatrical Rock'n'Roll machine in later days.

Volume #3 of our "Beyond the Arcane" demo series, limited to 500 copies with hand-numbered OBI strips.