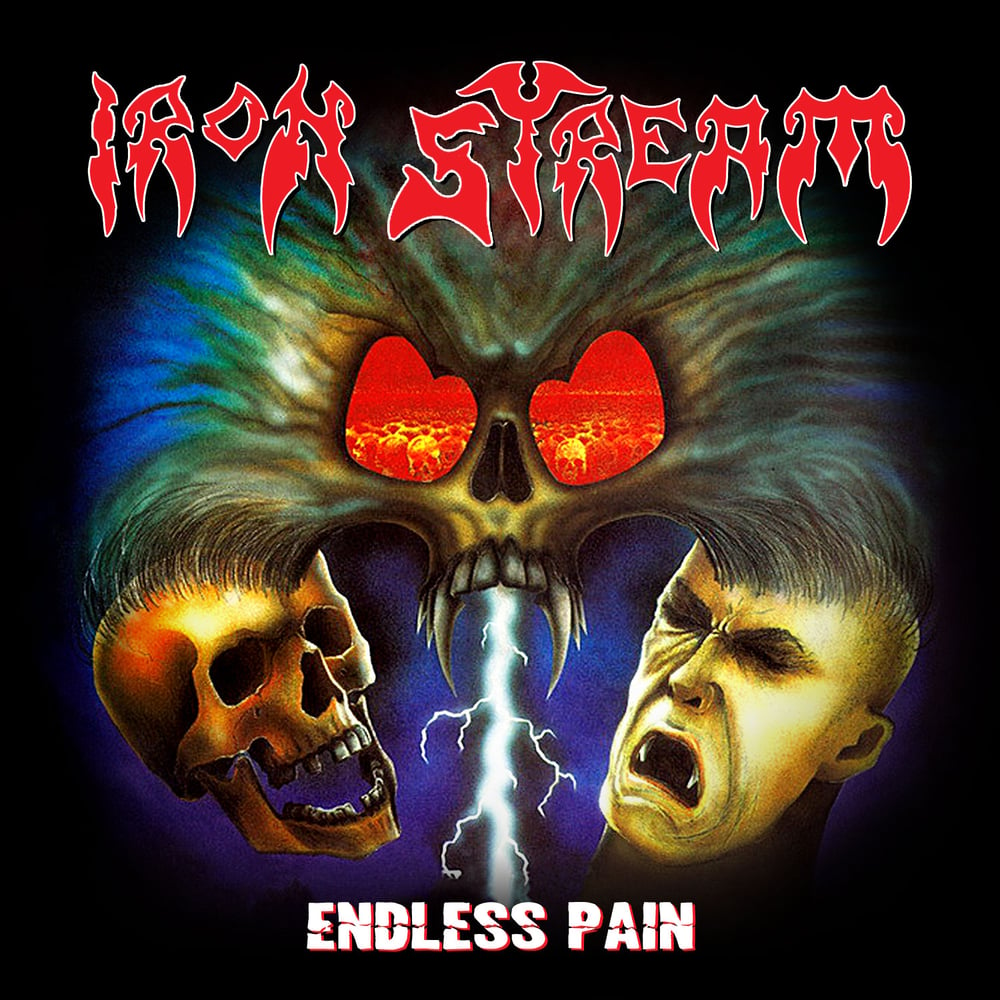 Jeleznoy Potok was a Soviet / Russian classic speed/thrash metal band founded back in 1988 by Dmitry Kulikov with the full support from his mom Lydia, who became the band's manager and was known as "THE metal mama".

The band gained prominence and cult status with series of albums during early 90s, which were basically the Russian answer to early Metallica. And also for being part of the "Heavy Rock Corporation" - an organization founded by Sergey "Payk" Troitsky, the leader of KORROZIA METALLA and participating at all major live events organized by it.

Named after the same-titled novel by Russian/Soviet writer Alexander Serafimovich about the Russian Civil War, and although the novel was translated as IRON FLOOD on the western market, we decided to stick to the more-popular translation IRON STREAM, which is more accurate, and also the band has registered an online domain under that name already (iron-stream.ru, currently defunct).

Endless Pain is their 3-rd full-length album* from 1993 and is great speed/thrash metal in classic Metallica vein (And Justice For All circa). Now re-released in very limited quantity of 300 copies, with 4 bonus tracks and lyrics translated to English in the booklet. Licensed from Metal Race Records

* - Metal-archives lists "the Prophecy" as the bands debut album, whereas "Chernaya Sila / Dark Force" is listed as "demo" but in fact it was the band's full-length debut album, officially released on cassette tape back in 1988.