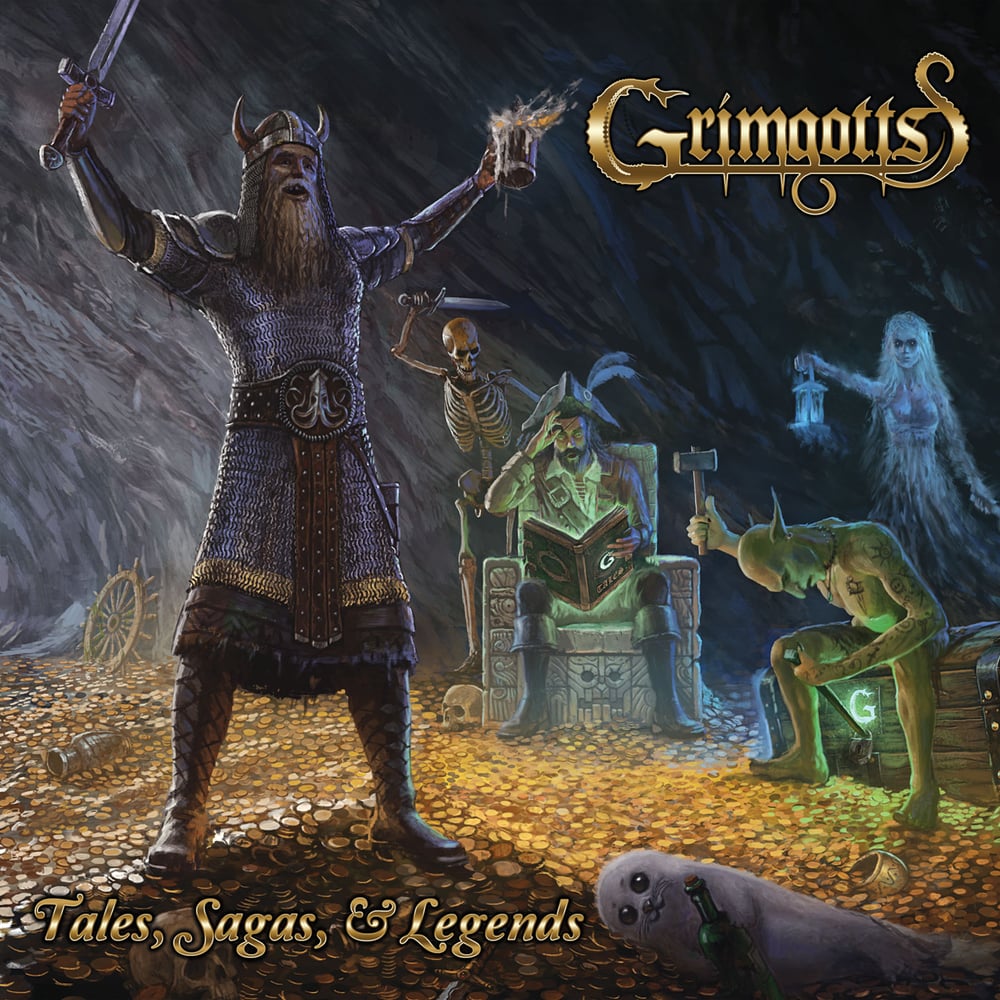 The third full length Grimgotts album, and in our opinion, the most ambitious to date. What started as Harry Potter parody band, has now blossomed into impressive fantasy power metal force to be recon with. Darkness creeps over the island of Boobia. Join the brave captain Gannon in his quest to the edge of the world and beyond in order to defeat the Goblin Overlord. The fate of Andria is at stake... For fans of Alestorm, Power Quest, and so forth.