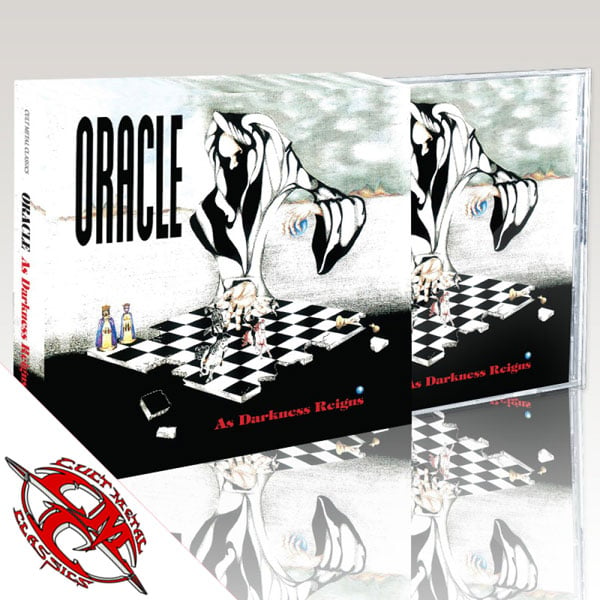 ORACLE was the continuation of PRODIGY from Jacksonville, Florida. A band that in the early 90's released one of the most praised 90's progressive power metal albums from the States, "As Darkness Reigns". The album was released both as PRODIGY and as ORACLE with different song order, different mix, and different mastering.

TRACK LISTING:
1. Prisoner (Of Your Own Soul)
2. Nightmares
3. No Faith For The Liar
4. As Darkness Reigns
5. Paradise (On The Edge Of The World)
6. Knights Of The Round Table
7. The Watcher
8.Prodigy
9. In The End